Grey Seal found on Algarve beach, is being rehabilitated at Porto D’Abrigo

In the past few days, Zoomarine’s Porto d’Abrigo rescue team, our rehabilitation centre for marine species, was called to some beaches in the Algarve to monitor the clinical condition of a female grey seal that was continually being seen in this area. It was found that this female, which was thousands of kilometers away from its natural habitat (Northern Sea), was already being monitored since last year and had already passed through the Asturias, Galicia, also having been recently sighted around Aveiro.

The first times the rescue team went to the site, they found that the animal had a lesion in the mouth area. However, as it was robust, which indicated that it was feeding itself, the indications from the Institute for Nature Conservation and Forests (ICNF) were to remain vigilant and follow the animal’s path.

A week after the first sighting in the Algarve waters, the rescue team was called again and, upon arriving at the site, found that the scenario was completely different from the previous strands: the animal presented discomfort, an accelerated heartbeat, and numerous injuries in the head, lumbar and genital areas.

In the light of this new data, the ICNF gave their official approval for the animal’s rescue to Zoomarine’s rehabilitation centre, and then a complex and delicate process was initiated.

In the early afternoon of Sunday, December 12th, Zoomarine received a call from the Maritime Authority informing that the grey seal was in Praia do Ancão and, immediately, the rescue team went to the site to assess the state of the animal. Presenting an abnormal clinical condition, the decision was made together with the ICNF to rescue the animal and transport it to Zoomarine’s Porto d’Abrigo – the only rehabilitation centre for marine specimens in the south of the country. After stabilizing the animal, it was time for the heavy and time-consuming task of transporting it to the rehabilitation centre. Upon arrival, a veterinary checkup was performed, followed by a careful observation, late into the night, until the technicians considered that the animal was stabilized.

At the date of this information, the seal is stable, having already started the process of active feeding, which indicates a promising rehabilitation.

During the last weeks of rehabilitation, our team of veterinarians, biologists and nurses, were able to carry out a more complete reassessment of the health status of the gray seal rescued at Ancão beach on December 12th.
With x-rays, an ultrasound, blood, urine and feces collections, sample cultures performed, a more delicate clinical condition was diagnosed.
The x-ray study revealed the presence of 2 fish-hooks in the digestive tract, which are contributing to the worsened general condition of the animal.
Ultrasound and auscultation show a reserved respiratory panorama: the seal has breathing difficulties and a respiratory infection.
Along the body, lesions on the back, anterior fins, genital area, lip and tip of the nose were reassessed. Treatment is undergoing so that the lesions do not become infected. In the right eye, a corneal ulcer was detected, for which treatment was immediately started.
With this clinical condition, the seal’s journey will still be long, and it will need a lot of rest combined with an intense and complex rehabilitation work, both at a medical-veterinarian and at a behavioral level.
In the world of rehabilitation, you have to be prepared for all scenarios, and the Porto de Abrigo rehabilitation team will do everything to ensure the best care and facilitate the animals’ recovery and subsequent rehabilitation to it’s natural environment.

ℹ️ Warning: you must never put yourself or third parties at risk! If you see an animal that at first sight appears to be weakened, remember that these are wild specimens that, being frightened, can react aggressively to defend themselves.

For more information on what to do click here! 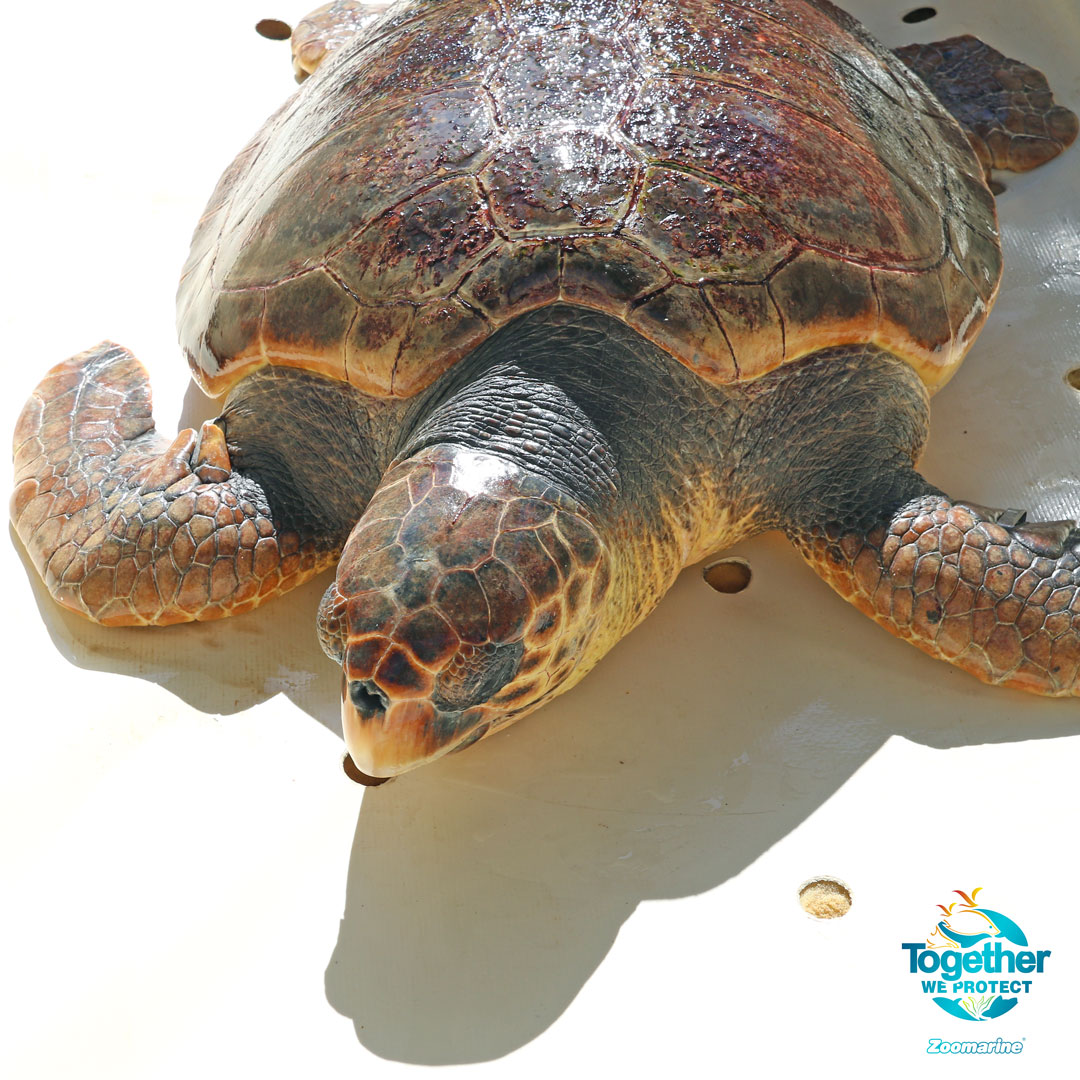